Android has been growing and making its mark in the mobile market for the last decade. Their mobile phones are really popular and a great choice due to their system’s flexibility, functionality, and freedom of choice. Google, which owns Android, does not spare from trying to have an excellent and updated operating system, releasing often excellent phones with unique and innovative features. Android is mainly known as a mobile’s brand but it’s been innovating year after year, so it’s not surprising that, nowadays, it also sells other technological products such as watches, smart glasses, home appliances, cars, cameras, and smart TVs. 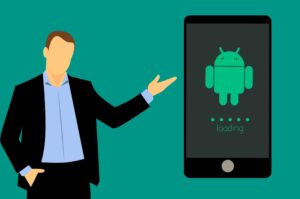 Mobile phones have huge advantages like effortless multitasking, for example, browsing the internet at the same time you listen to music, and also the easy access to every app you can imagine in the app store. You may know that other operating systems do not have that many free options but Android has a large range of costless apps. Can you imagine all the games or design apps you can have without spending a dime? Pretty amazing!

Other benefits of this system are the phone’s unlimited options, meaning you can have it in brands like Huawei, Motorola, Samsung, Xiaomi, and all you have to do is choose the brand you enjoy the most or the specific phone you’re looking for. Now, I will show you, in my opinion, the top android products of 2020, based on quality, price range, and other characteristics:

The Samsung Galaxy S20 plus, considered the best android phone of this year, was released in March and stands at the top of most lists. It has excellent specifications like an Android 10 operating system, a large 6.7inch screen with 4,500mAh battery, a fourth camera lens with 12MP standard, 12MP ultra-wide, and 64MP telephoto sensors, and optionally more storage. Now you can understand why it’s so advantageous and why so many people consider it the phone of the year! However, it costs around 900$, making it one of the few disadvantages for a lot of people. They are also known for amazing features, like their reverse wireless charging, 5G, a fingerprint scanner, and water resistance –  now, even I want to have one!

Described as the best OnePlus ever, this one is also the priciest. Released in April of 2020, it comes very close in terms of quality to the Samsung one I mentioned before. It also has a large 6,78inch screen with a Snapdragon 865 chipset and an Android 10 operating system. The battery is also similar- 4,510mAh, but the top features go to the 120mH rate display, one of the best displays around! Water resistance and wireless charging are in the list of characteristics of the OnePlus 8 Pro. Its cameras are actually its major disadvantage I saw because they can’t be even compared to other phones around the 1000$ price. However, this is considered one of the best ever in the market and it is a great choice for every phone lover!

The longest-lasting Android phone in the market! This smartphone will catch your eye due to its massive long battery and prince under 300$! It’s a fact that when put to the test, its battery revealed the best time ever tested by a modern mobile. So, if you use your phone as an everyday accessory, more than usual, you need to have the Moto G Power! Other amazing features include the snapdragon 665, a nice 6,4inch display, and an expandable storage, even though the screen isn’t very colorful and doesn’t have optical zoom. If your budget is a bit low but you want to have one of the best devices launched this year, this one’s for you!

Another Samsung, right? They are killing it this year! This device is also really excellent but it’s not for everyone, due to its note style. Another phone with a huge screen, with Snapdragon 855, a 4300 mAh battery, and an Android 9 operating system. Experts claim that this Galaxy has the best screen in the market with a handy S pen Styles. Along with other benefits, it also has 5G and plenty of power, however, the camera isn’t the best for its price tag…

Released early this month, the Oppo Find X2 pro is the best of its brand. It also has an Android 10 as its operating system, a large screen with Snapdragon 685, and a 4,260mAh battery life. Pretty good so far, right? This phone’s rate display is 120Hz, excellent for playing games, watching movies, or viewing a lot of content. As you can see, it has amazing specifications but it comes with a price – a high one, for that matter. But if that is not a problem for you, this is totally a recommended Android mobile that you can buy right now!

These are the top 5 mobile phones in the market of 2020 and I would actually recommend all the above (I can’t decide which one I want!)! The choice can be really hard because Android and Google have been improving specifications every year but I believe, with the right knowledge, you will choose the best for you! Hopefully, I helped you in some way! What phone caught your eye? Which one you believe is the best? Let me know in the comments below!