How to Program on Android

Learning to program in Android can be one of the most enjoyable abilities in the area of technology and you can develop your programming skills starting today, whether you are new or experienced in the subject of software development. It can also be a really fun escape from reality – think of it as a hobby with a bunch of benefits! 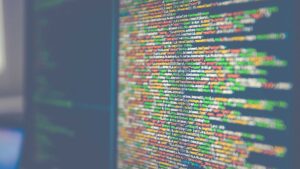 The programming language allows programmers to specify precisely how the data will be used, stored or transmitted by the computer, and what actions should be taken under certain circumstances, especially to solve some problems through built algorithms and formulas. It sounds like magic, right? A set of the right words together form the source of code of a software or application. This code, when translated, will result in an action or the product you intend to have. There are a lot of languages granting people with the choice of the most adequate one according to their work, needs, and taste, and allowing them to create code more easily.

Now, I’ll share all the information that you need to know for programming in androids, such as the available languages, benefits, and some pieces of advice. The good stuff comes next!

Why is it Worth Learning How to Program in Android?

The first thing you should know is the main reasons to learn how to program in Android and their benefits because time is a precious thing and you don’t want to waste it on learning something useless, right? So, the industry of mobile phones has been growing a lot in the last decade, and while Android dominates this industry right now, Google also keeps on improving their various options of applications on Google Play Store, so 2020 is actually the perfect year to learn Android app development.

If you still have some doubts, I must ask you to think about what people do in their mobile phones. The answers might be learning information, connecting with people through social media like Instagram and Facebook, online shopping or even to entertain themselves by playing video games like CandyCrush. All these answers involve the development of applications!

Learning the programming logic and the language itself is really important, almost as essential as learning the fundamentals and the essence of how a program works. Each language has its own details, basic concepts, and characteristics. Now, you’re asking what you should learn for programming in Android and the answer is pretty simple – Java. For anyone who is developing an app, the first and top language to know is Java and the reason is that it focuses on being the simplest one and supported by Google. Java code is executed in Android devices, and even though it might be a little bit hard to learn in the beginning, you can quickly understand it. Once you have learned Java in detail, you will start making Android applications in no time!

Another language that you can learn is Kotlin, but without some knowledge about Java simultaneously, it isn’t really feasible, and learning both at the same time can add much confusion. My final advice is to always learn Java first, and then become programming bilingual!

How Can I Become a Programmer?

The major advice that I have for you is to practice! Practice is key when the goal is developing great programming skills. Maybe you only need 30 minutes every day from learning the language to create the final apps. If this isn’t a hobby and you want to develop a career in it, you can also begin in a company and learn faster, due to the constant and diverse projects you will have and the experienced people who will help you. You can also build your own app, at home, and make crazy amounts of money through it, it is up to you.

The Future is on the Palm of Your Hand

The major benefits of learning to program in Android are the low investment, the easy integration and adaptation, and last but not least the multiple sales channels. Now that you have all the information to embrace this programming journey, remember that it can be a long one, but it can also be life-changing, professionally, and financially. You can also help others through applications and technology, developing sources to ease life in general. Apps like Instagram, Facebook, Spotify, Pinterest, Netflix and others are the most used worldwide and in some way help people stay connected, and creative through music and through inspiration. I hope I could inspire you in some way in order for you to become an expert Android programmer. Stay active and interested and remember: the future is on the palm of your hands and on the tips of your fingers!