How to Make an Android App

According to a global study made by GobalStats, at the beginning of 2019, Android had 79.54% market share of the smartphone industry. It’s not that surprising since the last years Android was one of the companies that better showed the world what technological innovations and quality products really mean. 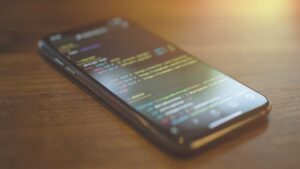 But even if we put aside their physical advances, the world inside an Android’s product has also taken a giant leap, letting software creators all around the world have their way at trying to create a new fresh and unique app that takes everyone by surprise. Every day there are new apps coming out so staying relevant isn’t that easy. On the other hand, you have a lot of tools at your disposal (especially marketing ones) that allow you to reach your desired target audience much easier and more precisely than a couple of years ago.

So, by now, you should have realized the benefits of getting yourself into the Android App business, but it’s not that simple. You need some programming experience (even though you can easily get it with an online course), a creative mind, some free time and, most importantly, you need perseverance, because success can only be achieved by hard word, so if you’re thinking that your first app will turn you into a millionaire, you should wake up! Alright, now that we’re on the same page, here is a quick guide on how to make an Android App.

If you start coding even before knowing the full concept of your app, you’re already in the wrong way. First things first, think about what you want to accomplish with your app. If you’re having problems coming up with a killer idea, maybe you should study the market, meaning you’ll want to take a look at the type of apps that are trending right now. Perhaps they are photo editing apps, or social network ones, or even those mindless games that help us relax while on the bathroom. Starting with a detailed plan of your project with reports on target audiences and the benefits of the final result will not only help you create and reach milestones (a great way to motivate yourself!) but it can also help you get early investments from various companies. So, stop, think, and project. If you’ve done that, let’s go to the next step: 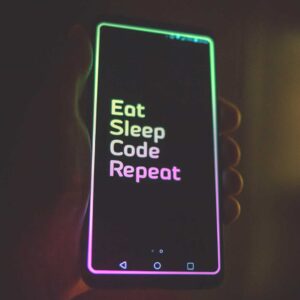 “But I only took Spanish in high school for two years!” – no, that’s not what we’re talking about. There is a large variety of programming languages, each one suitable for different tasks and end results. If your goal is to program an Android App, there’s one that stands out – Java. Even though it has been around for 25 years, Java is still the main choice for a lot of software engineers, especially on the app business. It uses Java bytecode, an intermediate format, which relies on a “virtual machine” – for android, that machine is called Dalvik. These machines, similar to CPUs, interpret the bytecode and execute the program. These are all technical terms to tell you that you can program on Windows, Linux and OS X, and Java will take care of the code’s translation for Android.

However, there has been a fierce competitor in the App’s world, and its name is Kotlin! Even though it’s not owned by Google, some say that, compared with Java, it offers an easier code process, works well with Android Studio Support, has better procedural programming, and saves more time and effort. In the end, all that it should really matter is how comfortable you are with the language, so why not giving them both a try-out and decide on the one that offers you a most enjoyable and productive process?

Even though the word “testing” leads our mind to a more final stage of the process, in app programming, it’s not really like that. You should be constantly testing, be a new button you’ve added, or a new function you’ve spent hours figuring out. If you have a bit of programming experience you know there is no worse feeling that, after a day’s work, you test your project and the errors just keep coming up.

Besides testing the code, you should always have a second pair of eyes to test the overall interface’s design, because even though somethings might look pretty obvious to you (you made them, after all), they might not look as obvious to a new user. In a world where apps are everywhere, if you don’t have a simple and easy-to-use interface, you won’t get anywhere.

There is only one step left – selling your app. Even though the Google’s Android Market might be the most common choice, there are other places you should consider placing your app, which are called app superstores – Handango is a great choice, and so is GetJar. And this year, Amazon also entered this race, with its newest appstore. So, study your choices, think about your target audience and talk with creators that have used one or more, so you can get a feel for the margins and the payment methods.

Now the World Is on the Palm of Your Hand

Even though this is a quick overlook on the process of app creating, hopefully I’ve helped you get your priorities straight and showed you that, with dedication, hard-work and the desire of creating a stunning project, you can easily achieve greatness in the app world. Thanks for reading!