The battle between these operating systems, Android and iOS, can be compared to the battle between footballers, Cristiano Ronaldo and Lionel Messi, because they are both incredibly great and keep evolving year after year with new features and characteristics that convince the consumers, even sometimes putting them into a challenging situation, which involves choosing only one. 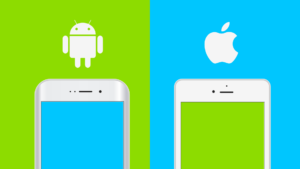 Maybe you already know that they have been the 2 major operating systems in the last five years, present in gadgets like smartphones, tablets and even smartwatches. Typically, you can’t run and must choose between these platforms developed by Google (Android) and Apple (iOS) thinking thoroughly which one will best suit your requirements. Having two big systems at the top is really great because the competition will always lead them to create better products and try to achieve the best one of the year! The goal of this article is not to tell you which one is the better one, but to show you the major differences and maybe help you find what features you prefer from each one.

Overall, the great news is that both platforms are excellent and the choice is yours, but I will help you understand some features and categories, and then pick a winner for each subject, just to ease your decision. You can personalize the recommendation through the things that most matter to you, by counting the winners and then choosing the ultimate attractive operating system. Let the games begin!

Let’s take a look at the top points of difference between Android and iOS devices. 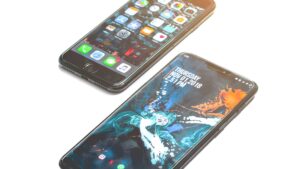 Yes, this is an important point and many people take accountability for the beauty and the design itself! You must like the appearance of your smartphone because not only will it last a long time, but nowadays it’s practically an accessory, which you have at all times. So, about Android – it’s the operating system with the most diversity when it comes to brands that use it, meaning that, this way, you have a large spectrum of designs to choose from. On the other side, Apple maintains the principal design over the years and the changes in the outside look aren’t that many, even though it’s known for a clean and fresh aspect. This way, in my opinion, Android wins this round.

Smartphones can be really pricey, no matter what operating systems they have, however, you can find Android at fairly reachable prices with really good quality. Apple, the platform of iOS, is known for overpriced gadgets, leading people to rethink if the cost is proportional to the quality. If the price is an essential category for you, Android phones take this round, once more.

Although Google updates Android frequently, there has been a lot of customer feedback about some phones not receiving those updates, ultimately depending on the brand of the smartphone, mainly because some manufacturers decide when and whether to offer this upgrade. In this subject, Apple users can’t complain and have an advantage because iOS is constantly upgrading, even the latest versions of smartphones and tablets! If having a modern and updated system is a big plus for you, give Apple a point!

Google Play, the store of applications of the Android’s operating system, has currently 600,000 apps and the iOS one has 700,000, a little bit more, but this cannot be a decision point! The disadvantage is that, in iPhones, most apps are paid and in Android phones, the majority of apps are free. However, because of that, you’ll probably find the overall app quality higher in the iOS store. This way, there isn’t a clear winner here and it’s up to you to decide if quality is better than price, regarding apps.

This topic is extremely important and many consumers take accountability for this feature because the purpose is not having a phone that only lasts a couple hours of the day! This is really a huge factor but the fact is that it’s difficult to compare the operating systems because there’s no common hardware. Most of the Android devices have a much bigger battery than the iPhone, however iOS is able to squeeze a decent battery via hardware optimizations. No winner for this category again, you must follow your heart and look into the hardware specifications of each phone!

There’s no doubt that iOS is the most secure platform when compared to Android, due to their improvements through FaceID and TouchID, and Apple has always had a conversation where it prioritized privacy. Meanwhile, the Google platform encrypts some data and becomes less protected, meaning their devices are more vulnerable to hacking. I don’t think I need to extend more because we have a clear winner in the security stage.

And The Winner Is…

Well, you are the only one who can decide that – although on our side, as you might have expected, we favor the Android side due to its unmatched combination of value and quality. This year, luck is on our sides in terms of evolving technology and operating systems we have and can navigate through! Both Android and iOS are excellent choices, really unique, and might transform your vision of the world from the moment you choose the right one for you so I must tell you to choose wisely! Thank you for reading!